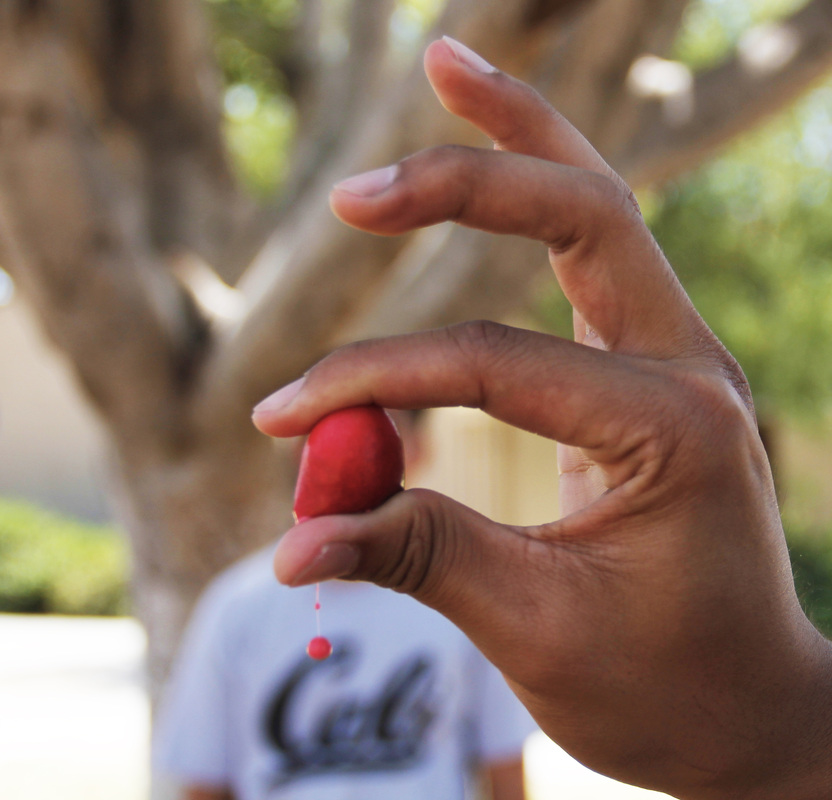 this was an interesting project because it was hard to come up with a good idea that would be appealing to the eye and included over lapping, but at the end of the day i chose to do the classic squishing of the head that everyone has tried out on their own at least once, but instead of just leaving a head i actually had one of my models squeeze something... for that i chose a red berry because i thought it would look nice and it would stick out from the picture. trying to line up the camera view was a little difficult because both models would move slightly and make mess up  the whole thing, so i really needed to capture it in the moment. other than that i feel like this was a pretty fun project overall, i really liked the challenge of overlaying i always found pictures like this interesting. 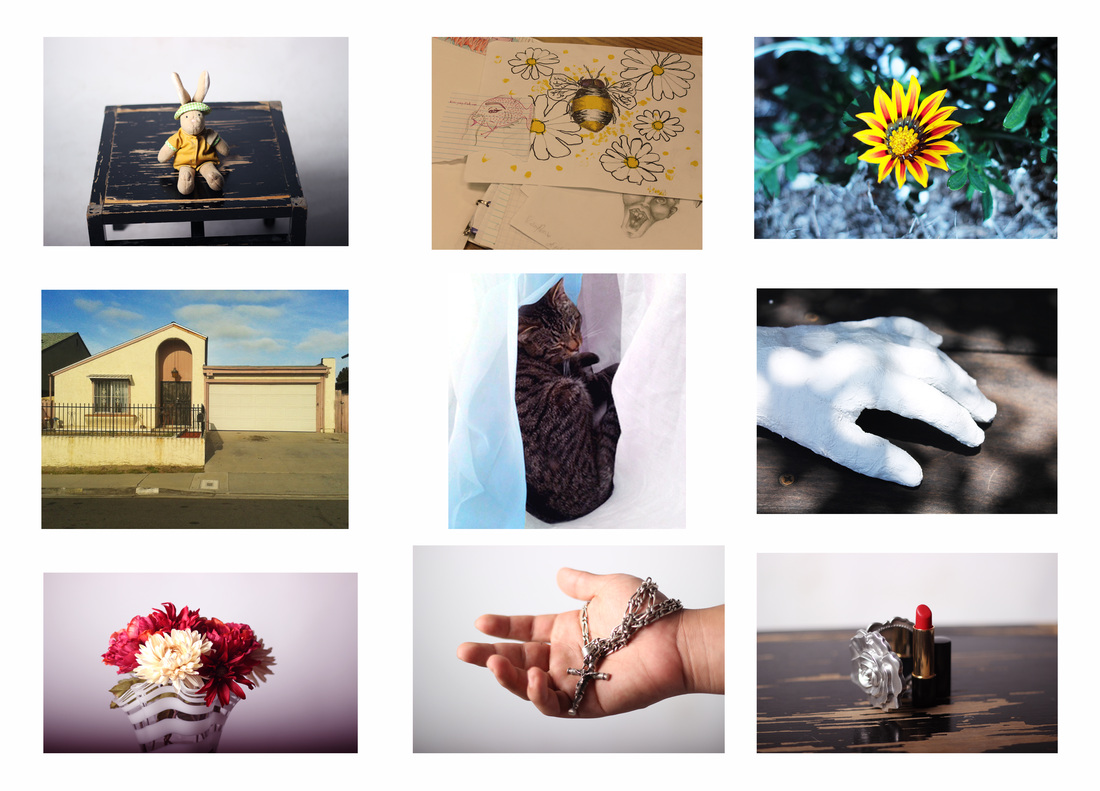 1. The stuffed bunny I've  had since i was 2 or 3, and they represent the earliest memories of my life.
2. Some of my recent drawings or doodles, i love making art work its one of my favorite things to do.
3. I love nature i think its one of most beautiful things to look at, i feel like it relaxes me.
4. My house is something I've always loved and it also represents my family, and my family is something i'll love unconditionally.
5.  I love cats because they've always been in my life and they are also cute and cuddly.
6. I love hands because i think they are the most beautiful part of the human body.
7.  I love flowers because i like the way they look and their process of blooming.
8.  I love my dads cross because its the only thing i have of him.
9.  I love make-up because i the combinations it makes on peoples faces fascinates me.

for these pictures i was really trying to make everything i love look as good as possible even if i did take some of the pictures with my phone i feel that the over all result of the picture look good, the only thing i probably should have taken more time with is the theme of the pictures and how they would look together because they are not very consistent in that aspect, but either way i feel it fits real well with the things you love in real life, simply because not everything you love is consistent or it doesn't seem like it goes together. not everything we love is perfect or necessarily beautiful to others so thats why when i was taking these pictures i made sure it looks as appealing to the eye as possible so that people could see the beauty i see in every day  things, that i fell in love with. even with no theme i tried to make these pictures look as light as possible so that it had that relaxed feel when you look at it. over all i had a lot of fun with this project because i was admiring the things i love in a place were that usually doesn't happen, it kinda made me happy just looking at these things in a perfect position.

i feel like nature is constantly working hard agents the pollution we create in our earth, i feel like every day we make it harder for plants to grow and i feel like most people forget that these plants and wildlife are what have made our life possible.  when i was thinking about the idea for this picture i wanted it to look beautiful but dirty, i wanted it to have this off side to it. even though my original plan for these pictures wasn't to make them black and white but i felt it made it more dramatic, i also felt that one picture wasn't enough, i kinda feel the 3 pictures were 3 perspectives. it was really hard to do the lighting for this photo i just want it to be soft and to reflect the flowers inside. this is by far the best pictures i have ever taken and i feel really satisfied with them. 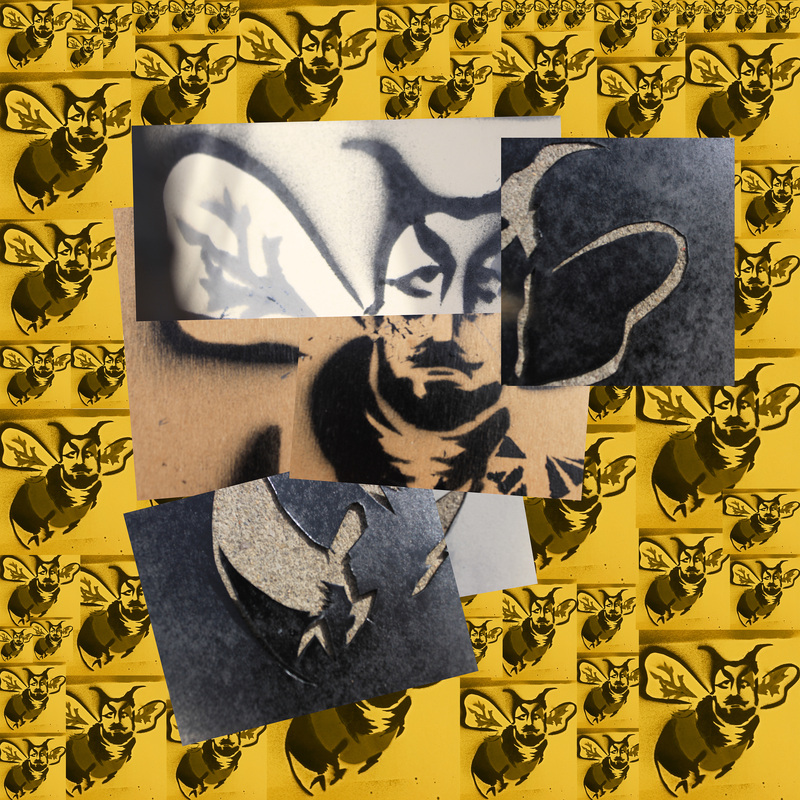 For this project we go had to create a picture out of other different pictures. i chose to take pictures of a stencil because the stencil itself is many pieces of artwork coming together to make one piece,this is probably the main reason on why i decided to take the pictures of the stencils it was a construction project inside a reconstruction project. most of the pictures fit perfectly with one another, but some actually did not match , but i think that just made it look a tad bit more interesting. for the back round i put the finishing peice for the stencil in the back and made it a yellow  hue so that it'll resemble a bee hive. when i took the pictures of the stencils i wasn't really thinking of what would happen if i would have changed the lighting of the picture or where i took the picture, but next time i will because i know all of those elements are part of how good the picture to you and others that are looking at your photo, but overall  i had fun with this project just because i was creating something new out of something old and  unique out of some plan and simple. doing this project has taught me that not everything you try to make is going to be perfect but that doesn't mean it wont look nice or that it doesn't, it also taught me that everything is a part of a whole. 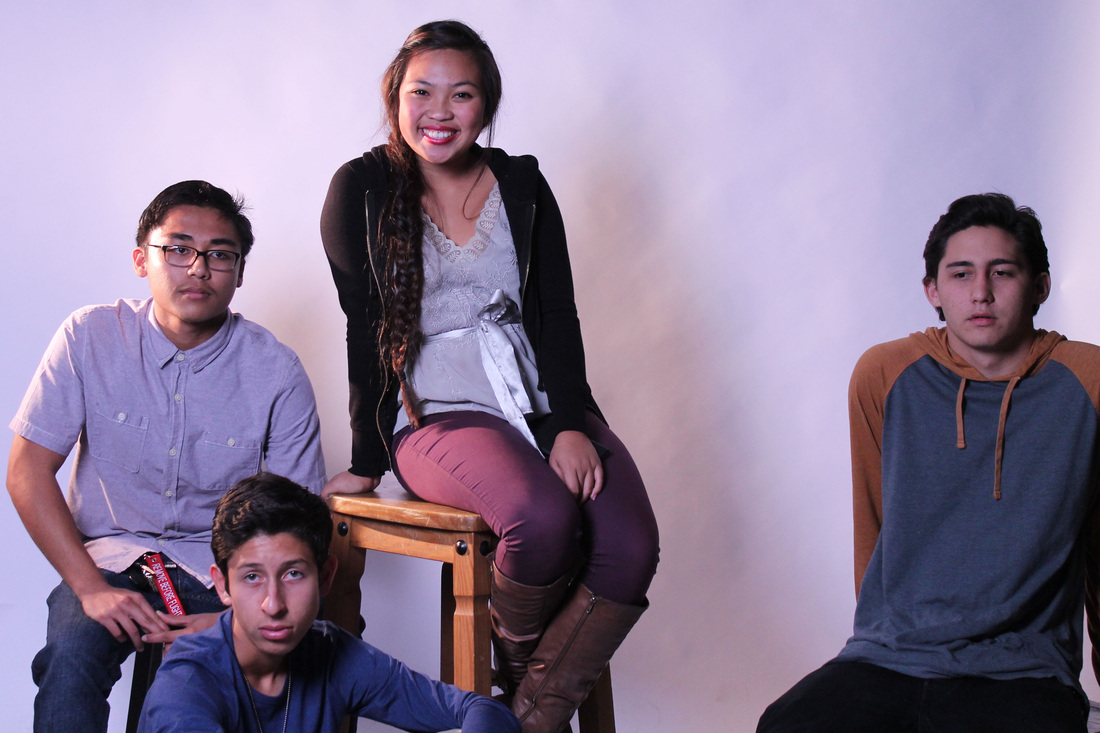 So many people say America is an equal place with equal chances and equal opportunities and I don't believe that to be true. They say that this is a democracy and everyone gets an equal say in everything and no ones words will ever be suppressed because of their race, nor by the situation they are in and thats not true. and if thats true, would you listen to a teenager about his political views? would you listen to the poor about how the lower classes are being treated badly if your in an upper class? would you let someone who never graduated school tell you how to live your life? would you trust someone who got out of jail even if they tell you they were innocent? no you wouldn't because your judging them by what you see of them or how they sound or what they look like, and this is why my picture is what it came out to be, they're sitting on different leveled stools or sitting on the ground because peoples situations and races and how much money they have and what they wear, how they speak, affects your voice in the world, they say we are all equal but we're not, we are not equal because we weren't born into the same situations into the same country nor into the same family, and because of that our world will never be equal and our country wont really be democratic.

for my promo picture i chose cars and thats the last thing i thought i was going to choose for this assignment but it happened, i got the  inspiration  from taking picture of this motor bike i saw chained to the fence in our school, i found the motor interesting because of the perfect shapes of the round steal and the dirty grease that surrounded it, and thats what caught my eye and thats why i decided to do what i did in my promo. 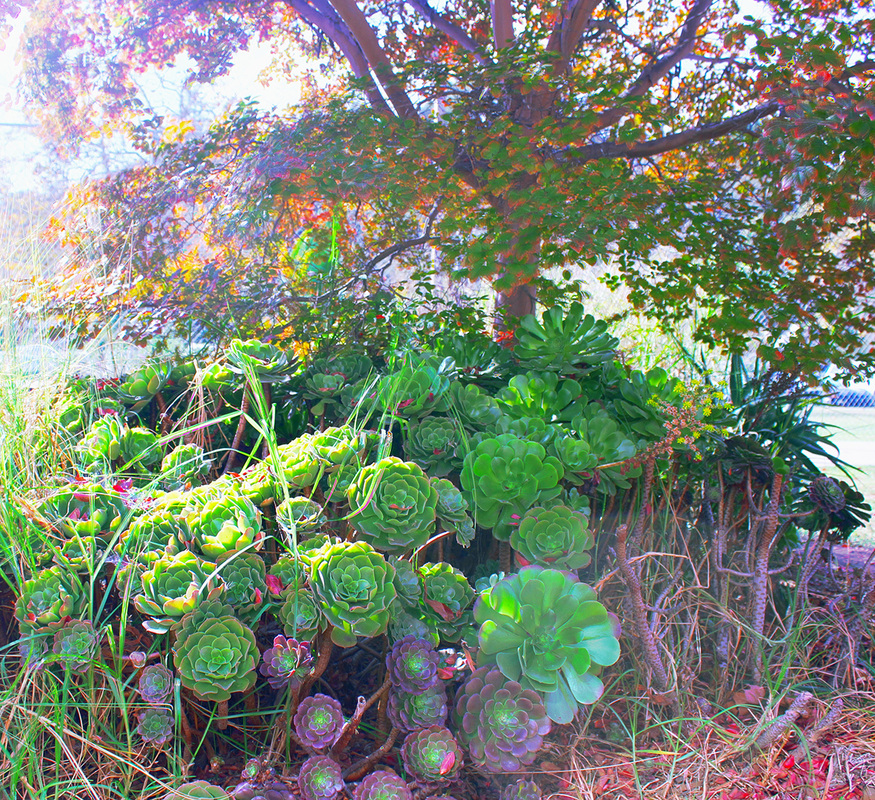 This was not a simple picture to take, there was a lot of elements (like the wind and the sun) that made this difficult. I tried to position this to get as much color from the plants as possible. these pictures took me a while to make because I had to adjust the shutter and take the pictures quickly so the sun wouldn't be covered by the clouds and make all my pictures different. 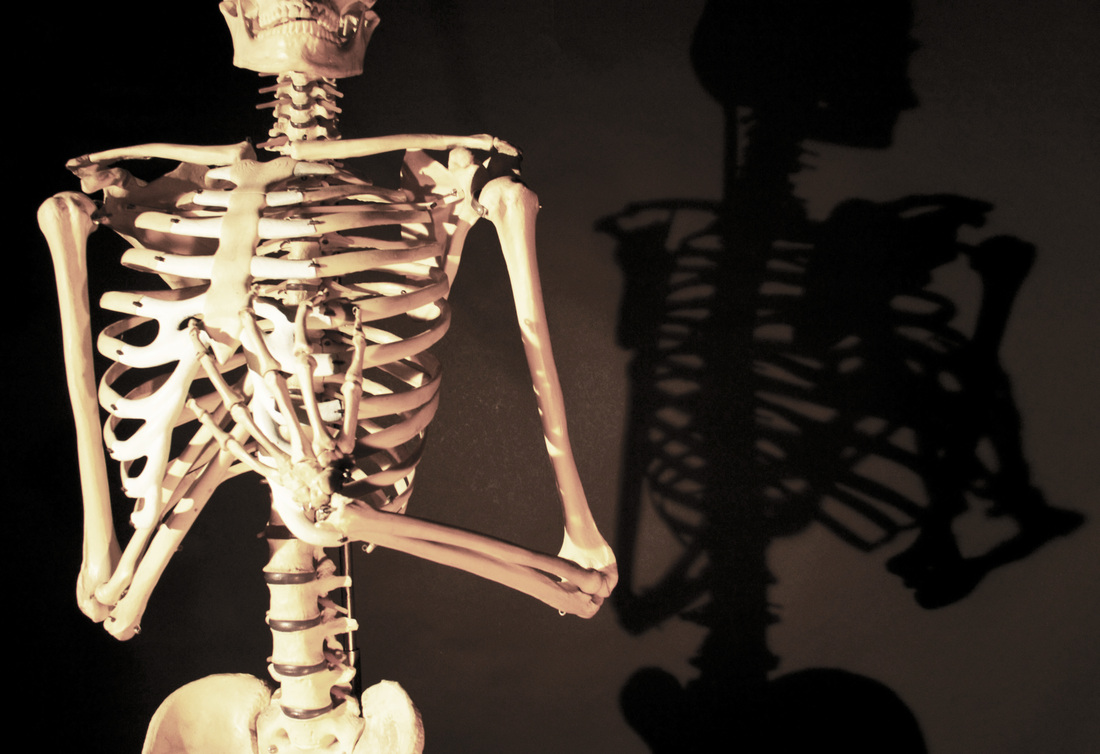 For my lighting project, I chose a skeleton, and I tried my best to position the lights and the skeleton itself to make it as interesting as possible, I really tires my best to make every bone in really pop out so iIwouldn't just have a figure standing there with no color change. 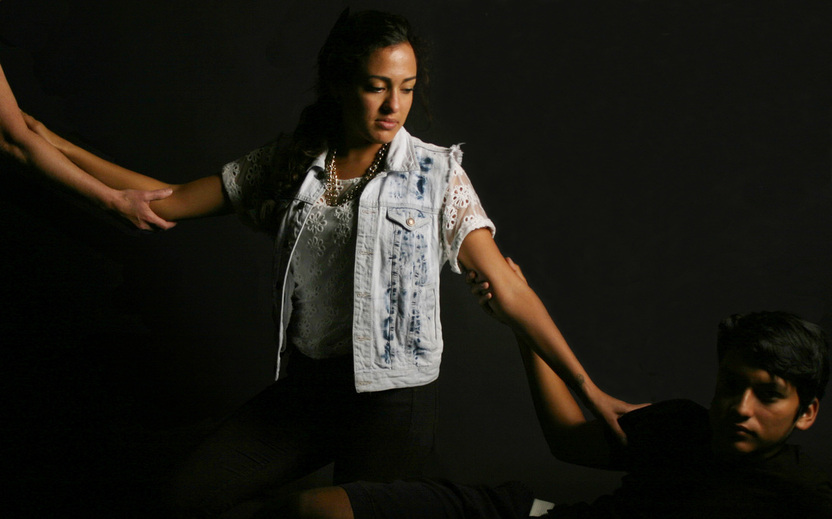 I put the lighting in a certain place were it would really light her up and keeped him in the dark. 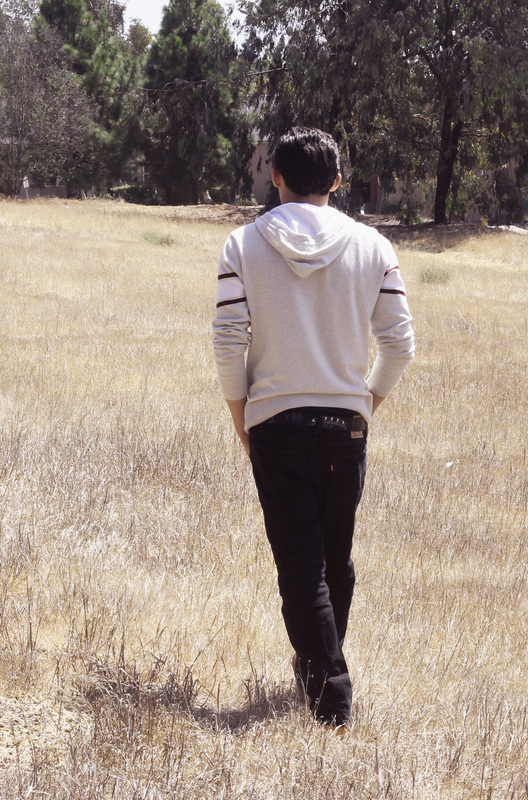 Critique One: make what your main focus was a little brighter. You could have had more of her hair showing, you could have positioned yourself in a way were you could have both of the elements that you wanted in the picture.
Powered by